We offer group mentoring and classes to help you address root causes of addiction that may be culturally based such as loss of identity or connection with family, with a focus on sobriety thru Jesus.

If you are interested in volunteering with Concho Valley Turning Point for the first time, please contact us.
Find Out More

Rather than living in a sober living facility or halfway house, Turning Point participants live in one of our apartments and volunteer out of one of our offices. We help you re-integrate back into society by providing housing, food, and group mentoring.

Through prayer, God led me to Concho Valley Turning Point, where I found loving, caring and understanding people. This organization is all about creating an atmosphere that allows a person to build a new life.

A Destructive Behavior is an action that harms oneself or others. It can be a behavior that is intentional or unintentional. Destructive behaviors can be as simple as overeating, or they may be as complex as sexual abuse.

Destructive behaviors are often rooted in childhood experiences and trauma, which can lead to low self-esteem and difficulty trusting others.

The individual may not understand the behavior pattern and how it affects those around them.

Our testimonials explore the destructive behaviors of addiction and how Jesus Christ has helped overcome them. 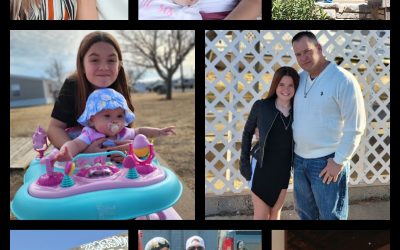 Every couple has their own love story, this one is Patrick and Brittany's If you would have told either of us 3 years ago our life would be what it is today, we wouldn't have believed you. Not for one second. Both of us discharging TDC in May of 2020 (2 days apart) to... 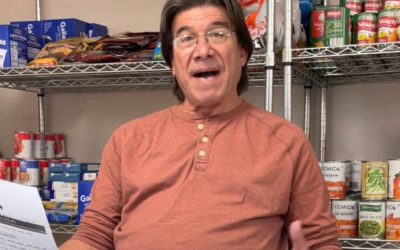 If you’re looking for an opportunity that will make a difference, please consider volunteering with Concho Valley Turning Point. We’re always looking for new volunteers who want to help us promote recovery as the preferred lifestyle for people living in the city of San Angelo, Tom Green  County and the surrounding counties.

Are you looking to integrate back into society? Do you need someone to lean on, perhaps a group of people to help? Concho Valley Turning Point has classes every day of the week in a healthy supportive home-like environment with a focus on encouraging individual growth.

Rather than living in a sober living facility or halfway house, Turning Point tenants live in one of our fully furnished apartments. We help you re-integrate back into society by providing housing, food, and group mentoring.

More Info + Application
🖤 Classes offered by CVTP 💛 Are you looking

THANK YOU Mi Casa Burrito's for your generous dona

You can ALWAYS turn around. #turnaroubd #concho

Mark your calenders NOW for Halloween at the Y.

The first Thursday of the month is tomorrow- which

“For I know the plans I have for you,” declares the Lord, “plans to prosper you and not to harm you, plans to give you hope and a future“.

Concho Valley Turning Point (CVTP) started in 1999 under the name Christian Life Center (CLC). When we first opened in October of that year, we offered a variety of weekly classes that were open to the community. These classes included the “Christians Against Substance Abuse” (CASA) 12-step group, CPR classes, and “New Life Behavior” class.

We then added a monthly parolees’ orientation group to help individuals coming out of prison learn about what the community had to offer them. In 2009, the name changed to Concho Valley Turing Point and became an independent organization from Rust Street Ministries.

We began offering 12-step recovery classes, anger management classes, along with the parolee orientation class. Under the leadership of Tony Sharp, we offered these classes with the help of volunteers. Later we bought an apartment building around the corner from Rust Street Ministries, that would be used as a sober transitional living center for men coming out of prison or treatment centers.

A house next door soon after went up for sale, that house became the office for CVTP. Maria Mejia is the current director of Concho Valley Turning Point, and with the help of volunteers, they can offer weekly Winners’ Circle classes, bible studies, 12-step classes, and anger management.

Recently, we were able to bring Willie Robertson and the Duck Dynasty team to San Angelo.